Muriel Tichit — Biodiversity as an ally of agroecology 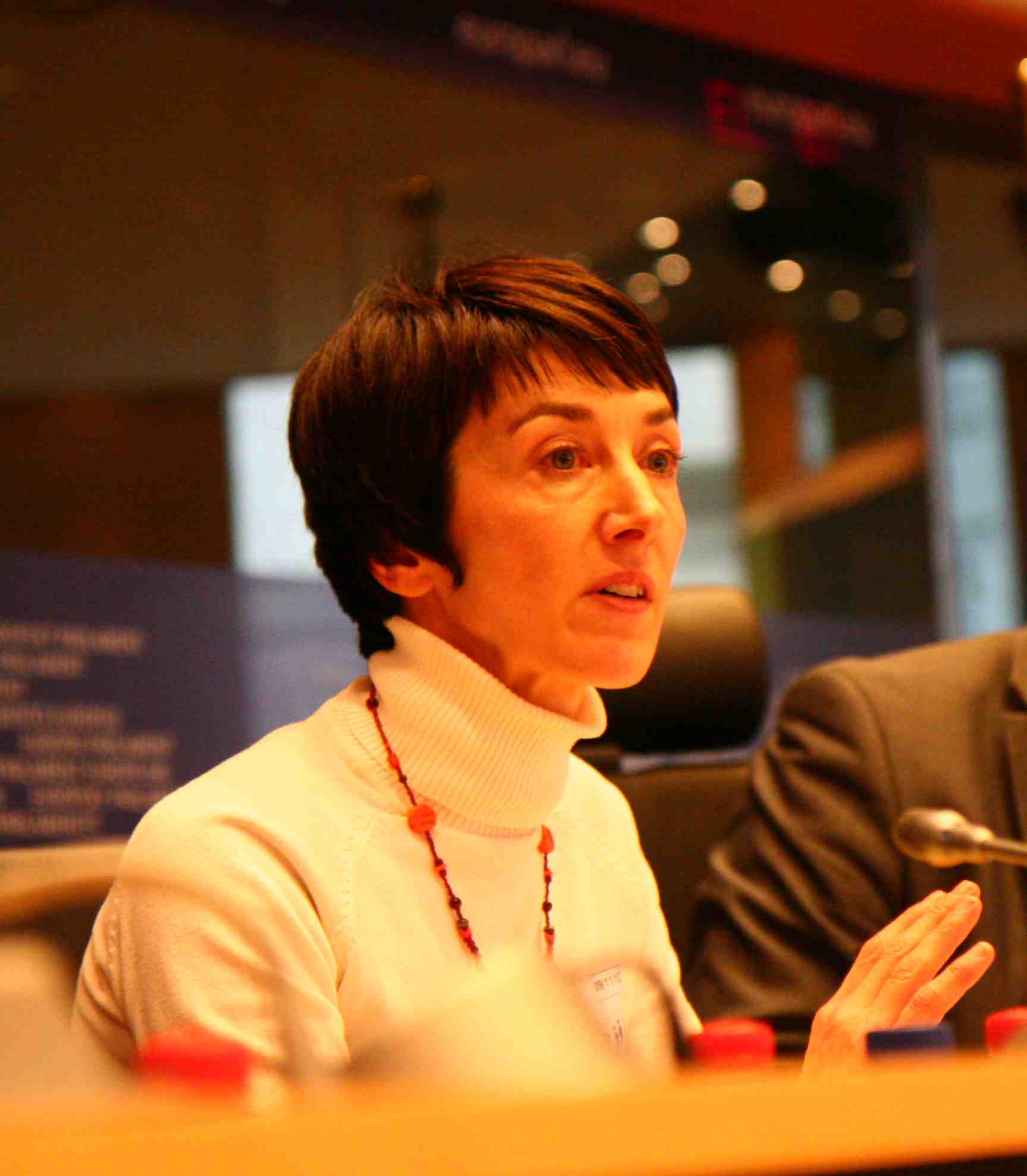 You can read the essence of the presentation here.

The world is focussing on the challenge of how to feed everybody. The debate is very complex. What to think of our modern agriculture? It is quite young and yet it has already had quite a harmful impact.
In the past ten years I have been working on diversity in agriculture. My vision is that biodiversity is the best ally to turn our agriculture into a sustainable system.

If you google images for biodiversity then you will be shown three types of images.
There are collections of taxonomies (the classification of plants), millions of plants have been inventoried.
Or you will be shown images of nature, which offer a wealth of flora and fauna and which open our eyes to our surroundings.
The third type of photos consists of complex schemes of the interdependence of things, a dynamic interaction, complexity in other words.
To use a metaphor: biodiversity is the living fabric of our planet. And yet the relationship between nature and our society is quite skewed, more specifically between agriculture and biodiversity. How have the two evolved and how did they grow apart?

Merging and separating
Our ancestors used the genetic diversity of each species and among species to cultivate an amazing variety of plants and animals. There are over 50,000 wheat varieties, 19,000 corn varieties and so on. I study birds. And more than 50% of the birds on earth needs agriculture to survive. In France more than 50% of the space classified as Natuur2000 is managed by farmers. Fields that are mowed and grazed play an important role for biodiversity.
In the last fifty years the co-evolution has grown apart. Agriculture has gained momentum, while biodiversity had trouble keeping up. The modernisation of agriculture has led to an artificial agriculture.

For example, in the bird population which depends on agriculture, we have noticed an overpopulation of 33 species.
The health of the ecosystems is jeopardised as a result of the excessive use of fertilisers, the intensification of livestock farming and the homogenisation of the landscape as a result of the increase of scale.
The quantity and availability of nature has been compromised but its quality has also deteriorated leading to the disappearance of wild species.
Why is biodiversity so essential today?
Biodiversity is extremely important for the production of food. Each individual component has its function and in fact cannot be omitted. What’s more, biodiversity boosts production. Reduced biodiversity leads to a reduced functionality, while more biodiversity ensures the stability of the functions and the presence of more species increases productivity (the incorporation of raw materials).

A study conducted in the USA shows that the decline of the bat (as a predator of insects which destroy agricultural products) has cost the state 3.7 billion dollars. This could have saved the cost of using insecticides and of labour for killing these insects.
If we want to halt the decline of biodiversity then we will have to urgently consider it as a commodity/natural resource of vital importance!
Which role does biodiversity play in agroecology?
Agroecology is productive, does not require many inputs and re-uses the natural resources. Fortunately agroecology is becoming more common in horticulture, viticulture and livestock farming and biodiversity is growing. The advantage of this is that the cycles are closing and that agroecology is becoming autoimmune and autonomous (for example less fertiliser is necessary because of composting and resistance to diseases increased by more genetic variety). There is also greater flexibility for example for feeding livestock.

Levers for more heterogeneity
A first lever consists of adapting the intensity of the farming techniques in time and space. Because what may be conducive for one species or variety may be detrimental to the other. The grazing or moving of grassland may be detrimental at certain times for breeding birds on the ground because nests are destroyed while mowing is good for promoting the living conditions of the habitat. High grass is ideal for the first month of life of chicks, whereas grass that is too high is bad for their mobility.
A second lever is situated at the level of the landscape. We conducted an experiment in which a modelled landscape consisted of a mosaic of three types of grassland. One was mowed, the other moderately grazed, the third intensively grazed. Three types which are suboptimal at ecological level (only partially favourable for a species).

We have simulated 22,000 landscapes and for each parcel we have calculated the ecological performance and the effect on the land’s productivity. The conclusion is that it is possible to have equal production at a certain level while achieving increased biodiversity and thus heterogeneity. Think of it as a puzzle, in which the various fields are the pieces of the puzzle and they thus have to be ‘positioned’ in a certain order to complete the puzzle. The fields are complementary to each other.
I do think that this conclusion is important for example when you are looking at the reformulation of the Common Agricultural Policy.

My conclusion
We do not have to produce more, but we have to produce differently. The quality of the interactions between the components has to improve but the components themselves also have to become more diverse. The ecological cost must urgently be included as an evaluation criterion in the economic model. The creation or destruction of ecosystems is just as important as the economic yield.
I would like to conclude with a quote by J.M. Keynes: ‘the difficulty lies not in the new ideas, but in escaping the old ones, which ramify, for those brought up as most of us have been, into every corner of our minds”.


BIOGRAPHY
Muriel Tichit is a Director of Research at INRA. She now leads the CONCEPTS team which aims to reconcile environmental preservation and agricultural production. Dr. Tichit holds a PhD in animal science from the AgroParisTech institute in Paris. Under the supervision of B. Hubert (INRA) and D. Genin (IRD), she completed her PhD research on dynamic herd modeling under climate uncertainty and joined INRA in 1998.